Vanilla: Not So Vanilla 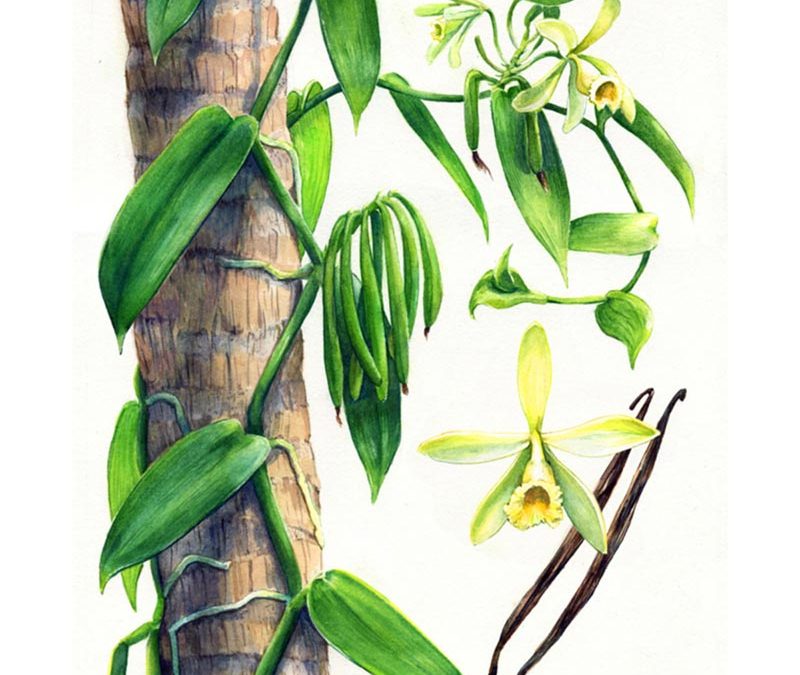 When I think of vanilla, I can’t help but picture three subjects: 1) A big tube of lotion from a certain big box store that specializes in body care products. 2) A generic candle called “Vanilla Sugar” but with an ambiguous scent more like store-bought icing that could very well be the subject of multiple re-gifts. 3) Some expensive brown liquid in a tiny bottle I like to splurge on for my culinary indulgences, i.e. pudding, oatmeal cookies, and other every-day necessities.

Vanilla is right up there with cinnamon and pumpkin pie as a scent that pretty much every industry dealing in smells has turned into a product, most of which don’t really resemble vanilla at all. Since you can find car air fresheners called “Vanilla Snow” or laundry detergent labeled “Clean Vanilla” (I’m making all of these up, by the way), a person in search of a sophisticated perfume might not be so inclined to trust something with a similar name.

Sadly, the reputation of vanilla has been affected by the seemingly endless interpretations of its essence. Vanilla is to scent as terms like “macchiato” or even “cappuccino” are to the coffee industry—that is, they’ve been used in too many ways so that it’s hard to keep straight what people mean when they say, for example, “vanilla cappuccino.” On top of that, the term “vanilla” has been used since the 1970s initially to refer to ordinary (perceived negatively as boring) sexual preferences, and eventually to refer to boring everything.

This idea that vanilla is basic is sort of correct—it’s correct in that vanilla is a base for many concoctions, both culinary and olfactory. Vanilla, like any base note in perfume, is as important as the bass line of your favorite rock tune. It’s probably not what holds your attention most of the time, but it has to be there for the thing to work. If you took vanilla out of this world, you would surely notice, which goes to show that vanilla is not so basic and forgettable after all.

Perfumes that put vanilla solo front and center? Maybe not for everyone. Personally, while I do adore the scent of a freshly opened vanilla bean, I don’t tend to lean towards gourmand fragrances. (I have too much of a sweet tooth—it just makes me want a treat.) For those that do, a perfume that highlights vanilla as its main feature is probably irresistible, as may be any perfume that uses it as part of its structure—and there are a lot of those. Just as vanilla is used in SO MANY food recipes to boost flavors and subtly speak its own richness throughout a dish, so is vanilla a powerful addition to many, many blends. You’ll find it all over the Possets catalog, most notably in their “Silver” series.