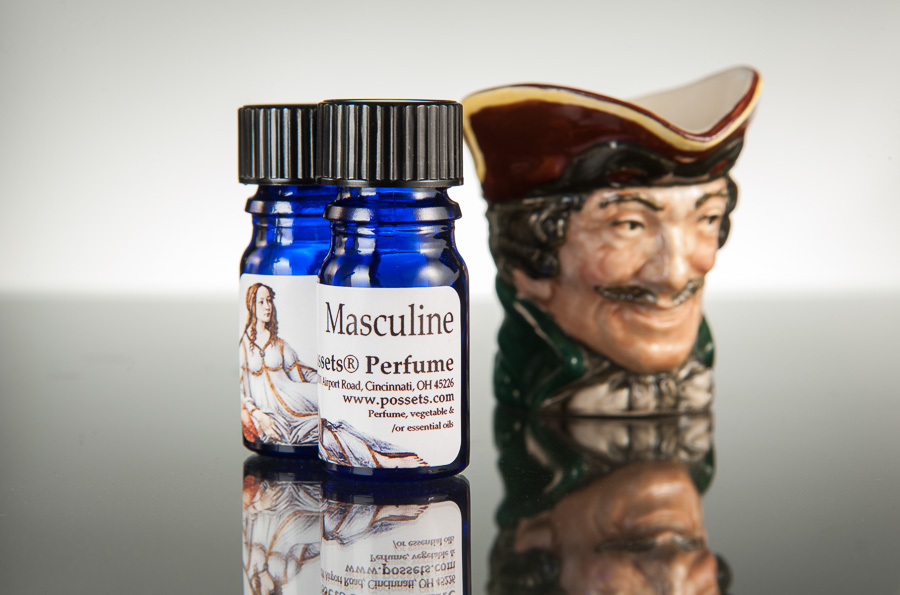 There are more surprising elements to a masculine fragrance than you would expect.Have you ever walked through the aisles of a department store and smelled a man’s scent just for kicks. Have you ever had the reaction,”This is FABULOUS, why don’t they make women’s perfume this lovely?” And then you think about it, and then you realize you would not wear a scent like that BUT you would follow a man who smelled like that to the end of the earth. THAT is the magic.

Here is the deep secret: Men’s fragrances are not made for men, they are made for women.* They are full of things which attract us with sweetness and suavity. Think of Grey Flannel by Geoffrey Beene, it was a men’s fragrance full of violet, it was sweet and alluring, it lasted a very long time, it was catnip to women. It is still considered a classic, and reason is because it was aimed specifically at women, so it worked. Royal Copenhagen (by Royal Copenhagen) was another sweet and sultry blend which was the limit in seduction, again aimed at attracting women. These were smooth, almost feminine fragrances with no sharpness to them. You don’t smell too much of that today, but it was very effective years ago. Carnation, violet, iris all have connotations of manliness and swagger; so much for the language of flowers.

Face it, mating rituals among humans have changed considerably over the last few decades, and what was once taken for granted is now viewed as quaint. The quarry has changed as well. What was once the passive and agreeable lady is now the strong and independent woman. She wears an aggressive scent, too, and will give out just as strong a signal as her companion. This seems to be a more “Competitive Mating” scene than there has been in a long time, and perfumes reflect it.

Once in a blue moon, I like to try to bring back an nicer and more gentle form of men’s scent, something where a guy would be trying to romance a woman and conquer through kindness. I realize that that is sometimes seen as “old fashioned” but I can’t tell you how many times I have been thanked for coming up with Adamus or Stewart or Venus Black (which got me the gig writing for Fragrantica.com). So, you think that chivalry and sweet seduction are dead? Nope, they are the next wave.

*Except when they are not, please see above.

Discover Possets and take a look at our listing for masculine scents, we are very good at them. Take a tour of each of the scent families and it’s just fun going through the list of perfumes on offer. Http:www.possets.com