The Black Plague: Lessons in What To Do and What Not To Do 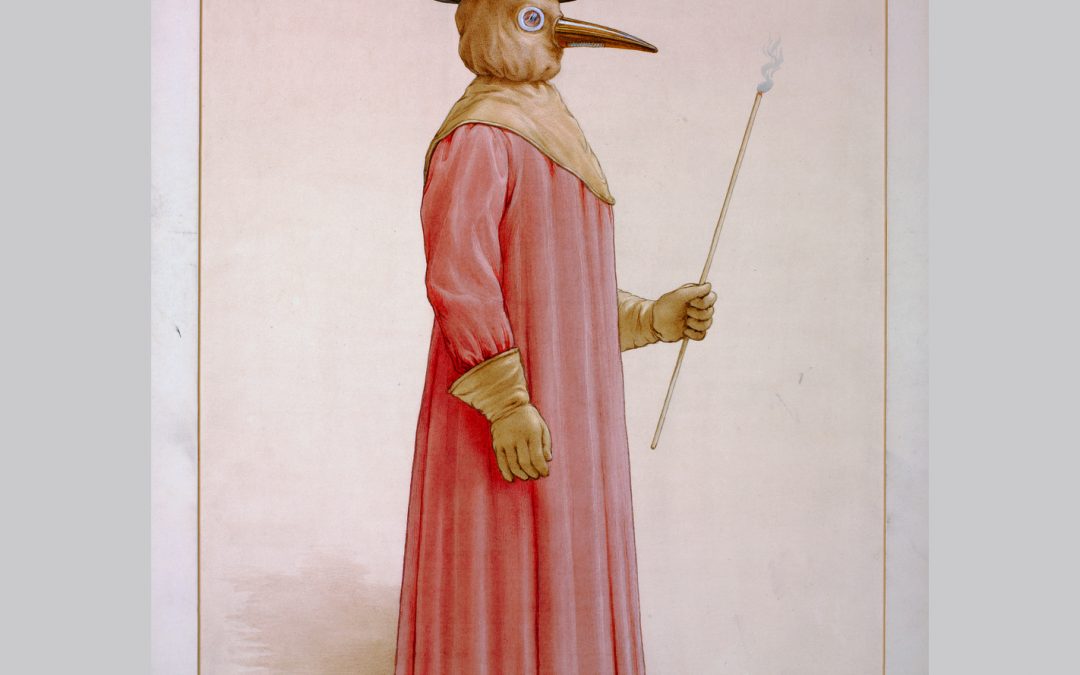 Wearing a mask and seeing masked faces looking back at you everywhere you go takes some getting used to. It’s a jarring and constant reminder of life in the context of pandemic.

But imagine, if you will, that instead of seeing surgical masks, homemade masks, and makeshift masks formed of bandanas, you were seeing the bizarre beaked masks of plague doctors. The infamous plague doctor getup looks the way it does because of what people believed about the spread of disease in the 17th century.

Germ theory wasn’t taken seriously until the late 1800s after biologist Louis Pasteur published a paper on the matter. Robert Koch supported it with more research and evidence in the 1880s, and thus began what is dubbed as the “golden age” of bacteriology. This was the gateway to where science is now, in terms of understanding viruses and how they spread.

Pasteur and Koch weren’t the first people to entertain the concept of germs, but for centuries it was dismissed as rubbish. During the time of the masked plague doctors, Europe held firmly to the miasma theory, which held that diseases were spread via a type of bad air polluted with said disease. This bad air was given the eerie but somehow charming nickname “night air,” and was thought to come from rotting organic matter.

With that now-outdated belief firmly held, plague doctors — that is, all the doctors who were kind enough or desperate enough not to flee when things got tough — figured that to protect themselves from illness, they needed a way to purify the air they breathed. The solution was the bird-like, beaked mask, in which they would insert herbs and flowers — everything from carnations to mint to a sponge soaked in vinegar. Each mask had two holes for ventilation, and the rest was stuffed with these perfumes, which they hoped would clear the air of the plague.

At home, people attempted to fumigate by burning herbs, but of course to no avail.

Lots of people still believe in various benefits from herbs — though (hopefully) no one is going to tell you that a carefully concocted perfume will save you from an airborne disease. That doesn’t mean you should discredit any personal benefits you might receive from actively enjoying scents. As we discussed last week, lavender is proven to help reduce stress and anxiety. By making personal associations with scents we can often trigger various effects. Last year, an article was published on the Glamour website testifying to the effectiveness of using a woodsy perfume to reduce travel anxieties.

The CDC has said nothing against scenting PPE masks, but considering the circumstances, it’s best to follow their recommendations exactly as they are. While you can’t protect your home from disease by burning incense or spraying your favorite perfume, you could potentially use scent as a buffer against anxiety.

Though the miasma theory sounds preposterous now, there’s actually something huge we can learn — and relate to — from the black plague. In the end, it obviously wasn’t desperate attempts at fumigation that killed the bubonic plague — it was quarantining. Prioritizing the separation of the sick from the healthy was the thing that stopped the spread of the plague, saved lives, and ultimately allowed life to resume.