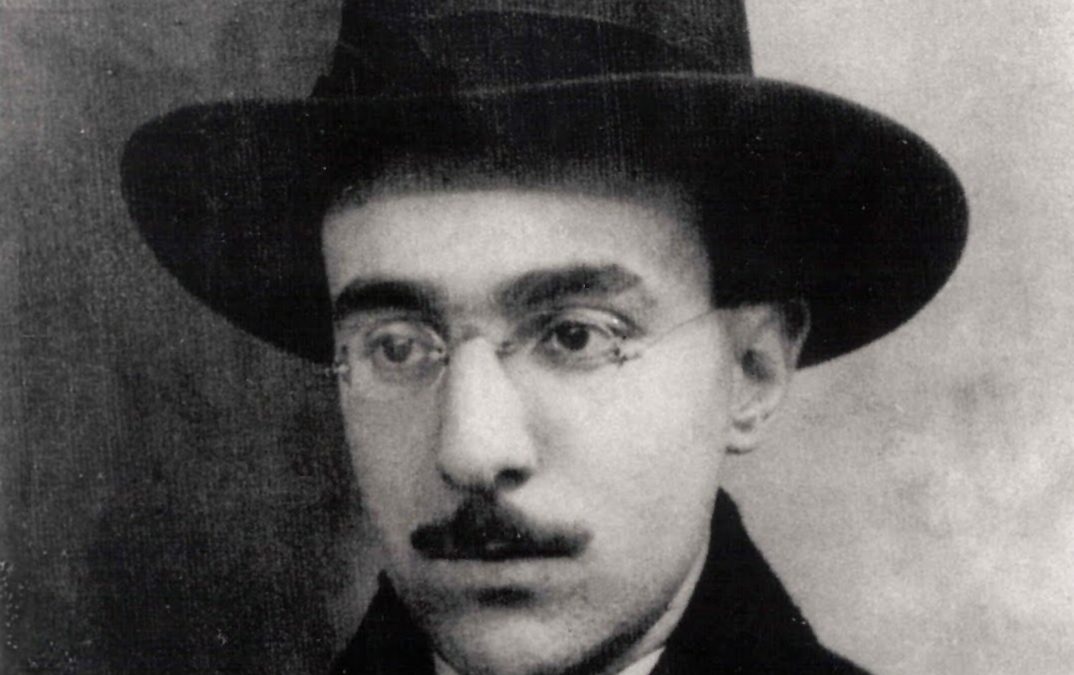 “The unnatural and the strange have a perfume of their own.”
– Fernando Pessoa

If you ever feel like casually wading through someone else’s complex, imaginative mind, consider
picking up “The Book of Disquiet” by Fernando Pessoa. This so-called “factless biography” is a
collection of disconnected reflections, observations, maxims, and journal-like entries. The posthumous
publication has been called Pessoa’s magnum opus, and one of the greatest pieces of writing from the 20th
century.

Fernando Pessoa was born in Lisbon, and moved to Durban at age seven with his mother and stepfather.
While there, he started at Durban High School, where he picked up English remarkably quickly. He
practiced his new language with the written word, composing poems, stories, and essays. Frequently,
Pessoa would eschew his orthonym in favor of embracing the personality and perspective of his many
heteronyms. This practice continued all his life, allowing him to develop multiple writing styles for his
works.

At age 17, Pessoa returned to Lisbon, where he mostly stayed until his death. His was a nomadic life, a
fluid existence that took on the attitude of one of his heteronyms, a flâneur named Bernardo Soares. He
moved from rented room to rented room, depending on what his current financial circumstances would
allow.

As he moved, he kept up a consistent discipline as a writer and collaborated on projects with others in the
literary scene. He used an inheritance from his grandmother to create the publishing house “Empreza
Ibis,” which closed down in 1910. Later, in 1915, he collaborated with a group of poets to create a literary
magazine called Orpheu. In 1924, he co-founded the art journal Athena.

Pessoa kept busy writing poetry and literary criticisms, working as a freelance commercial translator on
the side. He was constantly at it, yet only published a single collection of poems, “Message,” while he
was alive.

It was only after he died at the relatively young age of 47 that his major work was discovered. The pieces
that came together to form “The Book of Disquiet” came from a trunk full of thousands of manuscripts
written on loose pages, notebooks, and scraps. Pessoa seemed to write almost compulsively on whatever
was nearest, be it an envelope or an old letter, demonstrating his deep connection to the art and the dozens
of heteronyms that penned these fragments.

The sense of multiple personalities in Pessoa’s writing feels deeper because of his sense of emptiness. In
one poem, he writes, “I’m beginning to know myself. I don’t exist.” In many of his works, he seems to be
shutting out the presence of his ego to make space for the personalities of himself as a writer to come
through.

Pessoa’s many multitudes come out in both poetry collections — where sections are sometimes divided
by heteronym — and “The Book of Disquiet.” It’s evident that this introverted deep thinker with the
thoughtful, reflective eyes spend his lifetime asking big questions, making simple observations, and
exploring the intense experience of human feelings.

“I wasn’t meant for reality, but life came and found me.”

“There are ships sailing to many ports, but not a single one goes where life is not painful.”

“I’ve never done anything but dream. This, and this alone, has been the meaning of my life. My only real
concern has been my inner life.”