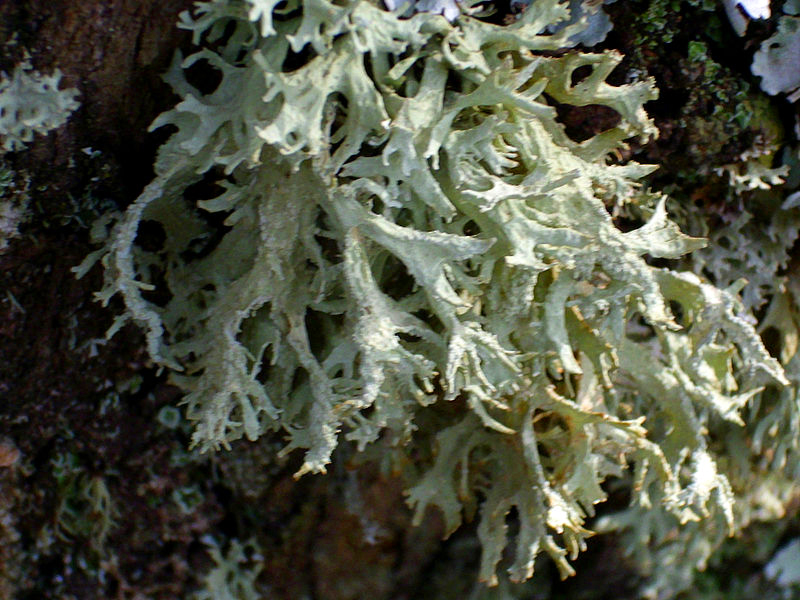 I just moved into a new apartment that’s a short walk from what was once one of the biggest urban reforestation projects in the country. The 1,500 acres of nature are a fortunate coincident for someone like me, who thrives and heals and finds inspiration in the woods. In case of emergency, though, it’s good to have some items that can call to mind the sort of spiritual inhale that nature can provide. One such tool for me is a whiff of oakmoss absolute.

There are some essential oils and absolutes that really force themselves onto the sniffer’s nose as a 100%, no-doubt-about-it, straight-from-earth product. Oakmoss absolute is definitely one of them. It’s dark and syrupy, like something that would seep from the bark of a 200-year-old tree. The scent is a powerful base note—an essential part of the chypre branch of perfumes. Oakmoss smells just like the dirty, earnest woods, like tree bark or decomposing leaves and branches.

Oakmoss has been relevant in the perfume world for decades, serving as a key ingredient in scents like the original Chanel No. 5. The ingredient has undergone some restrictions over the years due to allergic reactions, calling for classic scents to be reformulated, but it still holds its prominent position in the world of smells. You’ll find it in perfumes like Miss Dior or in Lush bath bombs and, of course, in Possets perfumes.

And now I must direct your attention away from the tiny vial containing the thick, molasses-colored substance and bring you into the woods, where you will see oakmoss as it is before it’s turned into absolute using solvent extraction. Its minty-green color adorns many—you guessed it—oak trees all across the Northern Hemisphere (but it is found on other trees, too). It grows in shapes resembling deer antlers clustered together to make what looks like a little oakmoss bush.

You might not think that something so dainty and light would hold the depths of silvan scent that it does. But what is perhaps even more surprising is the fact that oakmoss isn’t even moss. It’s a lichen.

Now I know this blog is supposed to be about scent, but oakmoss is a staple part of so many perfumes that it deserves a little time in the spotlight being admired for what it is. And what it is is pretty strange and fascinating, if you ask me. Since this is not a science blog and I am no expert, I’ll keep the factual proclamations to a minimum. But to give you some idea of how cool lichens are, here’s an introduction in list-form:

All this is to say that oakmoss is really something, isn’t it? As far as I know, it’s one of the few all natural absolutes that doesn’t come from a plant. Instead it takes a complex organism built from other non-plants to create the strongest, woodsiest smell. Next time you’re out for a walk in the woods, see if you can spot some lichen—maybe even some oakmoss—and give it a salute for its contribution to perfumes.

Two Possets fragrances which feature Oakmoss are Landscape in Suffolk and Heka. Both are beautiful and available in sample size!