Azaleas and Rhododendrons in “Rebecca” 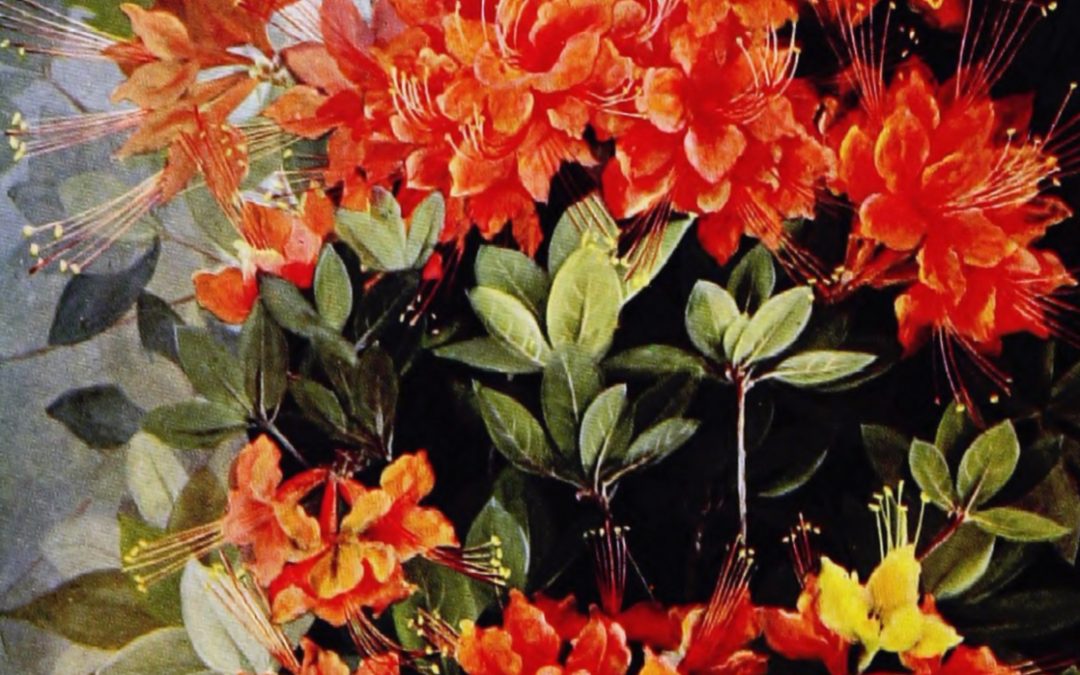 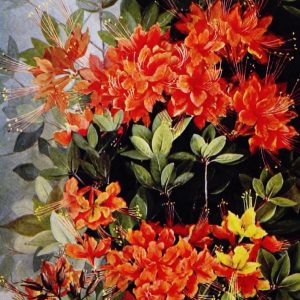 I’m a sucker for books set on fancy coastal estates in England, with characters who sit around thinking and worrying, who take tea at a regular time each day. I just finished rereading on such novel, “Rebecca” by Daphne du Maurier. I hadn’t read it since college, so while I knew to anticipate some degree of mystery, it’s been long enough that I had forgotten just how many wild twists and turns there are in the latter half of the book. This is definitely an exciting story that reads like silk, although I will say that I was pretty irritated and mildly triggered by the narrator’s lack of self-confidence.

In short, and without spoilers, “Rebecca” is about a sort of haunting. The story is told from the perspective of a young, naïve lady who marries an older, high-class man, Maxim de Winter. He is recently widowed—his late wife, Rebecca de Winter died tragically in a sailing accident. The new Mrs. de Winter, who sees herself as so insignificant she never even gets introduced with a first name, feels that she can’t do any better than trailing meekly in the shadow of the once beautiful and confident Rebecca. The narrator is paranoid and neurotic—for the sake of this plot-line one could even say she’s haunted—and all she can notice is the lingering presence of her new husband’s late wife.

When the narrator and Mr. de Winter go home to their big, beautiful home, Rebecca’s presence is still everywhere. It was her taste that guided the decorations, inside and outside the house. And everywhere she looks, everywhere she sniffs, the narrator notices flowers. Their presence is more than a lovely decoration. These towering blossoms leave their scent in the air and their colors in vases in each room, reminding the neurotic narrator of the late Rebecca’s influence over the place.

From the moment that our nameless protagonist first comes to her new home at Manderly, she notices the tall, blood red rhododendrons lurking overhead.

“They startled me with their crimson faces, massed one upon the other in incredible profusion, showing no leaf, no twig, nothing but the slaughterous red, luscious and fantastic […].” (p. 66)

Their path precedes the couple’s arrival at the house, making an impression that the narrator cannot forget, since she sees that the morning room looks out upon them as well, and that they have been cut and brought inside. It’s one of the first impressions that the narrator gets of the late Rebecca, and the first time that she feels haunted by her ghost through flowers and scents.

Mrs. de Winter spends almost the entirety of the book struggling with the lingering memories and ghostly presence of her husband’s late wife. Du Maurier repeatedly paints the narrator’s obsession with Rebecca through the narrator’s perception of scent. At one point, Mrs. de Winter visits the west wing, where Mr. de Winter and Rebecca lived prior to the death. She describes a “musty, unused smell,” and even though the house maid has placed fresh flowers in Rebecca’s preserved room, the smell of death still overtakes the space.

Struggling against that smell is the scent of azaleas, a scent that Mrs. de Winter noticed on a handkerchief she found, and later smelled again in Rebecca’s old wardrobe. These sweet flowering shrubs have a feminine, perfume-like scent similar to roses, and Mrs. de Winter sees it strictly as a representation for the rare, perfect beauty of the ghost that threatens her.

Inside Manderly, Rebecca’s signature scent of azaleas is stifled by the scent of her death. Outside, however, in the Happy Valley, our narrator describes the air being full of the scent of both azaleas and rhododendrons, describing their scent as “sweet and heady.” It’s only when she’s away from the context of Rebecca that the young Mrs. de Winter can enjoy the scents from the garden. It’s a prime example of how the context of a scent can determine how a person experiences it.